BrainEatingNetworkZombies.com … or … How to pick a name for your network blog site

BrainEatingNetworkZombies.com … or … How to pick a name for your network blog site

I wrote the main portion of this piece a while back when Jeff and I started another blog site called “NetworkSpeak” (don’t bother looking for it at this point) but for posterity I’m posting it now.   This was also just before I started getting into Mikrotik.   You wouldn’t think that coming up with a name would be so difficult but, you know, you want it to send the message that you’re cool, relevant, eloquent, informative etc …  as if you were Shakespeare’s editor or something!   I had a lot of fun writing it and if you can come up with a use for the “money shot” of this piece, put it in the comment section or email me directly and you may win a prize.  Of course I have no idea what – yet.  How about a cap that says “Make zombies great again” or a T-shirt saying “I’m with It” with an arrow pointing to a zombie (did I really have to spell that out?).  Thanks for reading ….

Welcome and thank you for visiting our website!  Rather than bore you with what our site is about (networks) and what my background  is about (voice, CCNA, Wireshark) I though it might be more helpful to tell you about the process of  how we got here.

First and foremost, let it be known that my background is not in website design – that would be Jeff – but  in voice and data routing.  Any complaints you have or errors you spot with t

his site, please forward them to him. (jeff@mikrotikminute.com).  Any compliments or lavish gifts you feel compelled to send as a result of  viewing this site – those go to me (click on the image on the right and complete the form).

Probably the hardest part of putting this website together (other than all the stuff Jeff does) was coming up with the right name that communicates what we are about.   After several long conversations about infrastructure, community, forum, being “facebook-like”, organic growth, content etc we still didn’t have a name.  Our conversations would go something like this.

“Okay and it has to talk about why we think networks are really cool.”

“And talk about Wireshark.”

“ And we have to talk about RPM’s and  network monitoring stuff!”

“And we have to talk about Voice over IP.”

“And we have to talk about books that we recommend, network tools that we use to trouble shoot”.

“And talk about how you can possibly, maybe, perhaps even almost make a living or supplement your income while working insane hours at home in your spare time.”

“And talk about how smart you will be when checking out our site.”

“And it should be free to join!” 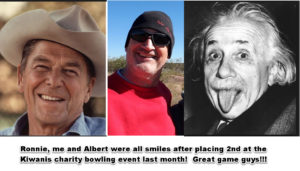 So as the names came up it started to feel like audition time for American Idol.  Here were some of the contestants and what the judges had to say.

www.realnetworkanalysis.com … * yawn *.  Just about every combination of words in the English language that start with “Real” is taken in Internet land – except this one.  Maybe for a reason, after all, it’s kinda long.  True, the articles we post are all gleaned from real experiences but it seemed a little bland – and we’re not about being bland.  We need something more.  Been there, done that.  Will continue to do it but … with a bit more of an edge.  Next!

www.network-protocols.com  As you know – or will know when you join in – it’s all about protocols and understanding what they do, when they are used, what can happen if they get “exploited” or for some reason get out of control.  I couldn’t believe this wasn’t taken but then again, it was a little long and the dash killed it for Jeff (boy, talk about a URL snob!).  And still a little vanilla.  Moving on.

www.networkpathology.com   Well, okaaaay … As a network analyst, aspiring or otherwise, you will often play the role of a “packet” doctor so it has the “organic” thing going on. To that end you will see plenty of articles that talk about things that can, do and will go wrong in networks whether it is a virus,  mis-programmed piece of hardware on the LAN side, ISP or anything in between.  My wife, though, felt that it sounded too medical and was a li

ttle on the dark side.  Jeff agreed.   Not bad, though, if your specialty is dealing with infected hosts.

www.IPv6technology.com   … too narrow, not organic and not feelin’ the community thing.  We will certainly talk about IPv6 a lot but the sense was that casual browsers will think that’s all we do.  Maybe in another 23 years. Thank you for auditioning, next please!

www.networkcommunity.com – yeah well, believe me, that one was already very taken.  One of Jeff’s driving issues in designing this site is that we want it to be an experience that users can participate in, contribute to, learn from, talk to their friends about  blah blah blah … for free.  And in the mystical world of  enchanted server farms and magic pixie bytes, we would be over run with incredible blogs and articles that offer solutions ranging from configuring a 286 to work with W7 to creating an app that produces gas (prefera 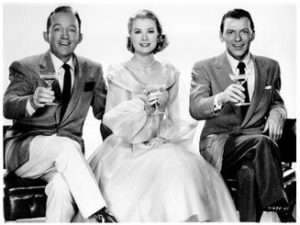 bly for your car, but wow! when you think about it … ). In reality, though, we are prepared for you to be totally self serving.  Just tell your friends, if you have any.

www.networkneurology.com  I got this one while standing in line at a picnic and overheard two women – apparently nurses – throwing around all this neurological terminology.  Hmmm … , okay, the data network is like a nervous system, very organic and very complex.  We could add bits of levity every now and then like;

“Man, if you think brain surgery is hard, just try neurological networking! yuck! yuck!” (What? you didn’t get it?  You ‘d better join now before you miss another good one!).

We could do lots of “eye candy” stuff with it on the website.  But the push back from most was that it sounded too “brainy” (what evvverrrr!) and a little high brow.  Jeff also felt that it was too hard to spell for most IT types (don’t shoot the messenger, I’m just sayin’ …!).

www.braineatingnetworkzombies.com –  Now THAT was a name people could remember and probably spell right the first time!  It has everything!  It’s organic (‘eating’ right?), it has the words ‘network’ and ‘brain’ in it and who can’t relate to a zombie these days?!  Just think of the accompanying storyline we could tie it into. Our hero, Humble IT/Telecom Network Guy suddenly morphs Hulk-like into a  Network Zombie eating the brains of  another end user whose thankless butt he just saved – again.  He could

have such compelling dialogue like “EAT END USER BRAINS!”  Maybe he could have the power to reach through the phone set (VoIP  only or cellular ones with the right app) FIRST strangle  and THEN eat the brains of the ISP rep who keeps trying to sell him more bandwidth instead of fixing a problem that is in the their cloud.   All the while rasping  “EAT ISP REP BRAINS!”   Nod your head and say “Yeah!” while you read this because you know you want to be a Brain Eating Network Zombie too!

(Whew!  Okay, I’m back.  That was quite a visual and gave me a few ideas about a line of T-Shirts and an app for my iPhone).   I give credit to Kevin Creason who I do volunteer work with at our church for this one.  And in the very informal census that we ran, it was always right at the top. (and  I don’t care what Jeff says, we’re keeping Network Zombies!)

And the winner is ….

www.NetworkSpeak.com was Jeff’s idea and I immediately liked it.  It’s short, no dashes, easy to spell for networking folks and has a certain “1984” George Orwell flavor to it (notice the link to George Orwell in case you don’t know who he is).  It gives the feel of  sharing information (‘Speak’), not too brainy or medical and it has the term ‘Network’ in it.  How cool is that?!  Best of all, the zombie tie in is obvious “LIKE WWW.NETWORKSPEAK.COM .  CLICK HERE.  SIGN UP!” so it was a natural.